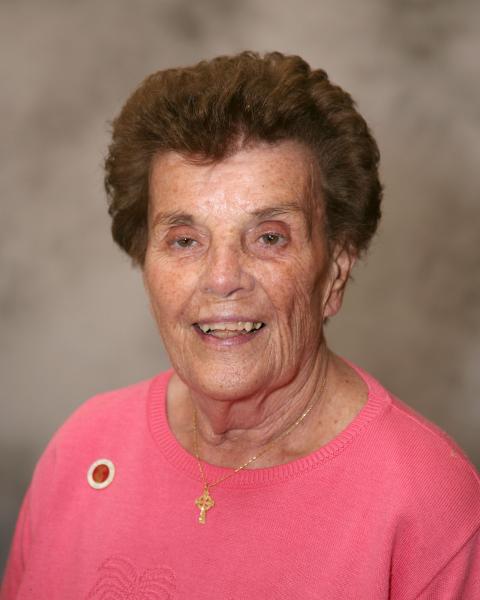 Sister Anne Kelly, RDC (Sr. Mary Kevin), a Sister of the Divine Compassion, passed away peacefully on October 6 after a long illness.

Sr. Anne was born in New York in 1936, the daughter of Thomas and Annie (McKnight) Kelly. Sister attended St. Frances de Chantal School and Preston High School in the Bronx. She graduated from Good Counsel College with a Bachelor’s Degree and continued her education at Villanova, receiving a Master’s Degree in Math. Sister also attended Providence College and received training in Religious Studies. Her teaching career began at St. Bernard’s School in White Plains. She also taught at St. Mary’s School in Katonah, and St. Joseph’s School in Croton Falls, NY. In 1972 Sister began as Director of Religious Education at Emric’s Parish in Manhattan. She also served as DRE at St. Benedict’s Parish in the Bronx for many years. In 2003 Sr. Anne began The Preston Center of Compassion in the Throgs Neck area of the Bronx. The Center offers services to families in need and continues to thrive to this day. Sr. Laura Donovan, President of the Sisters of the Divine Compassion, said “Sr. Anne was a devoted, faithful member of our congregation. She was a compassionate presence no matter where she served. She began the Preston Center of Compassion extending her gifts and reaching out to families in need. She will be missed.” Sr. Anne is survived by her Sister of the Divine Compassion, two sisters-in-law, Bridget Kelly and Anna Kelly along with many nieces and nephews. She was predeceased by her parents and four siblings.

The Liturgy of Christian Burial was celebrated on Monday, October 11 at 11:00 AM in the Chapel of the Divine Compassion, 52 North Broadway, White Plains, NY. Prior to the funeral, there was a wake in the Chapel beginning at 9:30 with a welcoming prayer. The burial took place on Tuesday. October 12 at 9:15 at Mt. Calvary Cemetery, 575 Hillside Ave, White Plains, NY 10603