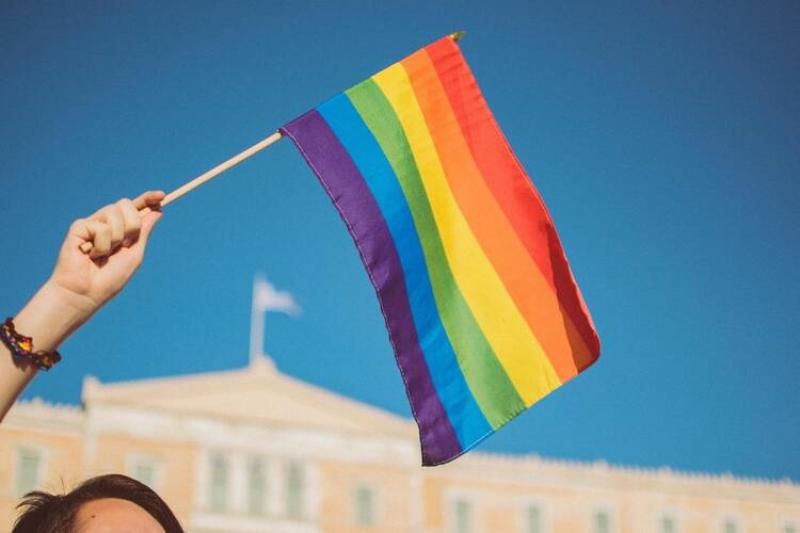 During the past four weeks, the RDC Social Justice Board Lenten Series has centered on articles related to racism and discrimination and its impact on the Black community.  Unfortunately, discrimination is not only rampant against the Black community, but the LGBTQ+ community as well.  It is heartbreaking that there are many more incidents of violence against Black people who are LGBTQ+ people.  Overall, LGBTQ+ people are being ostracized and harassed at an alarming rate.

The following is a quote from a reflection on the Fifth Sunday of Lent gospel posted on New Ways Ministry website and written by Ryan DiCorpo: “It is a bitter truth and a great scandal that LGBTQ+ people have long endured stones thrown at them by church leaders and parish ministers.  These stones are not cast in response to some grave injustice or blasphemous insult, but instead they are cast in the name of an intolerance and discrimination that refuses to recognize LGBTQ+ people as valued members of the church.  Many LGBTQ+ Catholics, through acts of stunning resilience, continue to remain in the church despite efforts to shame and bully them out of the pews, just like the Pharisees in last week’s gospel were doing.”

Not only are LGBTQ+ people enduring discrimination and injustice from members of the Catholic church, but in American society as well.  State lawmakers have proposed a staggering record 238 bills in 2022 that would limit the rights of LGBTQ+ people, including the recently passed Parental Rights Education Bill in Florida.

The article provided this week is by Fr. James Martin who is an advocate for the LGBTQ+ community.  In June 2021, he was encouraged by Pope Francis in a letter: “I want to thank you for your pastoral zeal and your ability to be close to people, with that closeness that Jesus had, and which reflects the closeness of God.  ” Fr. Martin’s August 8, 2021 America Magazine article addresses why the Catholic Church should be more welcoming and has many disturbing statistics of the results of the discrimination, malice and abuse that LGBTQ+ people experience and endure.

Research indicates that 79% of Americans support laws that would protect the LGBTQ+ community.  Hopefully, with more education and discussion, people will lose their fear and misunderstanding of LGBTQ+ people and come to speak out against occurrences of hatred and discrimination, especially when these occur within the church.  During the recent Synod meeting with the Divine Compassion community, all the groups said they wanted the LGBTQ+ community as well as the Black Indigenous People of Color (BIPOC) community to be included and welcomed in the Catholic church.  Hopefully, the consensus of the Synod on Synodality will reflect the wishes of our community and the Pope and church leaders will take steps to rectify the situation that currently exists.

Here is a beautiful prayer written for PRIDE month.  It speaks to the need for building bridges and the first step in doing that is to stop casting stones on either side of the conflict as Jesus was teaching the Pharisees (and us) in last Sunday's gospel.

LET US PRAY:
Constant Friend, because People of every sexual orientation, gender expression, and gender identity have the right to live with dignity and without persecution or discrimination, we Remember in our prayers:

LGBTQ+ people of Chechnya, Uganda, Zambia, Saudi Arabia, Iraq, and elsewhere who have been murdered and tortured because of who they are. We remember them and the people who love them.

LGBTQ+ refugees from around the world seeking safety and sanctuary. We remember them and the people who welcome them.

Trans and gender-diverse people in Canada, the United States, Brazil, and elsewhere, who are targeted victims of hate crimes and assaults. We remember them and the people who love them.

LGBTQ+ people whose dignity and self-esteem have been eroded by hateful systems and structures. We remember them and seek to be people who love more fully.

Individually, we each uniquely reflect your glory and express your love, but anti-gay violence, homophobia, and transphobia have blocked many from recognizing your beauty in all people. All of creation suffers from the effects of such hate, fear, and violence.

Daily, may we dedicate ourselves to building bridges of love and hope where harmful divisions have been made, making equity and equality for all people our goal, while working continually for justice, so that everyone can live fully in your love. Amen.

—a prayer by Alydia Smith